„Grzegorz Zygier Twoone next” is the title on a new exhibition celebrating the 40th jubilee of artistic activity which has been prepared by the Jagiellonian University Museum and the Cracow Branch of the Union of Polish Art Photographers. The artist presents black-and-white photographs taken in the recent years, concentrating on the question of form. He offers a world of illusion which is often dominated by ascetic shapes and figures acting as archetypes.

On 8 October, the opening event of 'Grzegorz Zygier Twoone next' exhibition took place in the zpafgallery. Św. Tomasza Street was visitied by the gallery curators: Maciej Plewiński and Danuta Węgiel, the custodian of the exhibition Dr Krzysztof Jurecki, and director of the Jagiellonian University Museum Prof. Krzysztof Stopka. The central figure of the exhibition, Grzegorz Zygier, was present too – a photographer, performer, and video artist, on everyday an employee of the Jagiellonian University Museum. We below a few photos from the opening event and invite you to see his works live in the gallery. 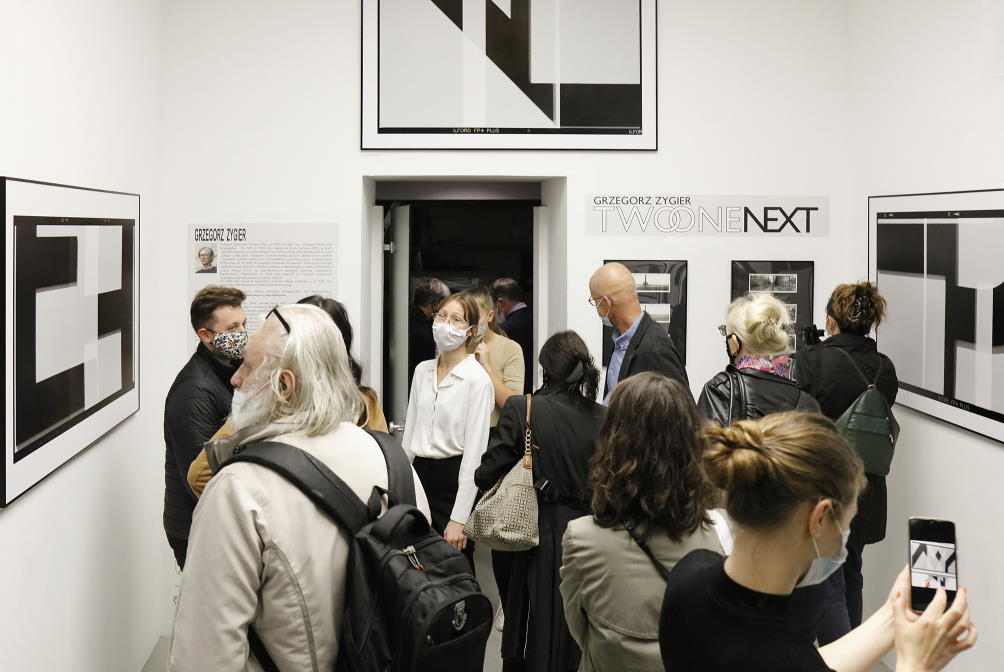 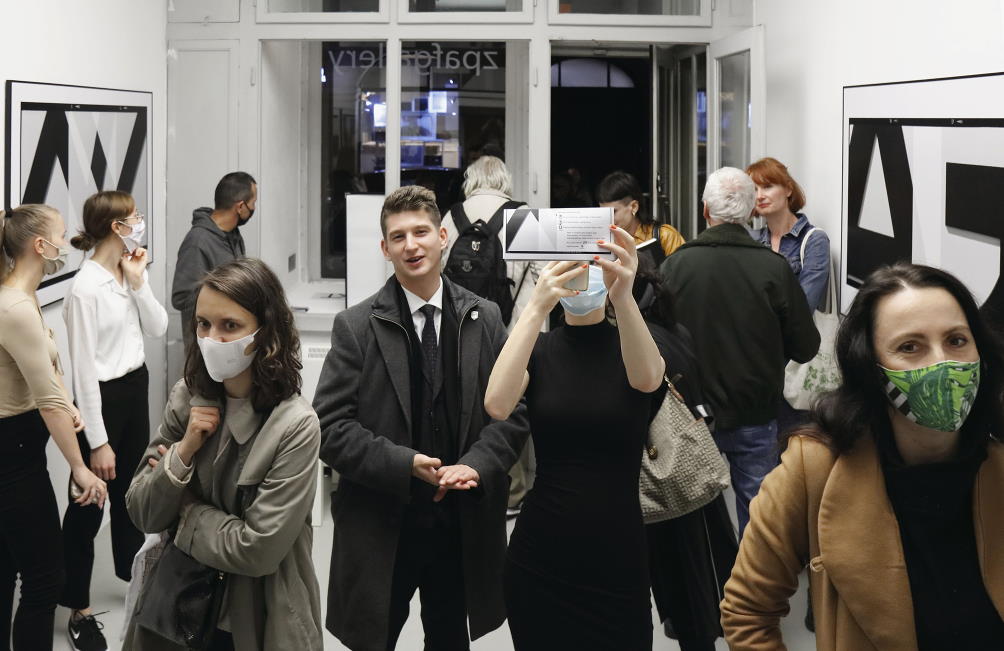 The branch of photography which enthralled the artist is close to conceptualism and the analytic approach to the storage medium allows me to endlessly explore the essence of photography. This is also the case of the expansive photography cycle which was named TWOONE almost twenty years ago. What does it mean for me? It is a certain synthesis of reality—seemingly two, but actually just one new geometrised structure with the common inseparable ‘matter’ enclosed in the centre. The ostensible unreliability of registration by ‘drawn out frames’ is a singular aesthetic of error. Converging frames create another space or other objects, in a certain sense no-spaces and no-objects.

The complete presentation of his works is available here: www.maius.uj.edu.pl/twoone

* Due to epidemic safety measures, only 10 people can stay within the gallery at the same time.

Grzegorz Zygier — photographer, performer, video artist, ZPAF member since 1987, graduate of Cracow University of Technology. In 1981 and 1982, he was a member of SEM Creative Group, in 1982-88 he collaborated with Kitty Culture artistic movement, as well as with independent magazines ‘Tango’ and ‘Hali Gali’. He documented and participated in artistic events, meetings, and open airs, such as Teofilów, Silent Cinema, We Salute Art Bureaucrats, Festival of Necessary Art, and others. In 1990, he joined Adam Rzepecki and Katarzyna Pochrzęst to create ‘Pi Station. Station’ formation which engaged in stage plays, video art and performance, gaining notoriety for its spectacular appearances in Cracow Theatrical Reminiscences. In 2002, he returned to analytical and conceptual photography realised in the Twoone series.