‘About 1863. The Jagiellonian University toward the January Uprising' edited by Andrzej A. Zięba becomes Cracow's Book of the Month 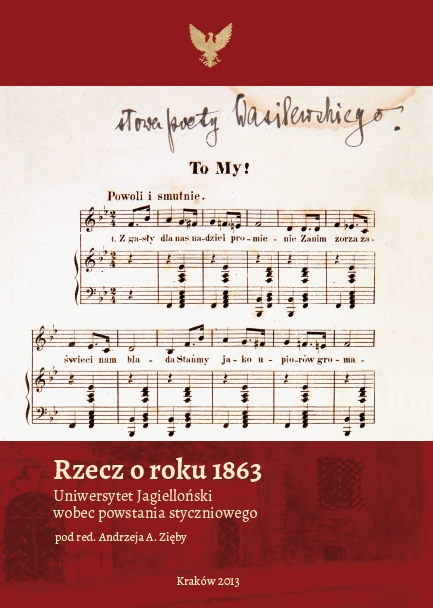 A new title was introduced onto Cracow's book market – a study titled  ‘About 1863. The Jagiellonian University toward  the January Uprising.'  The quality catalogue  was released to accompany the museum exhibition of the same name, and contains a large number of texts and historical records, as well as works of poetry and an abundance of illustrations. The catalogue can be obtained at the Negotiolum souvenir shop located in the JU Museum, as well as at the Academic Bookstore on  Św. Anny Street, 6.