Exhibit of the month: November 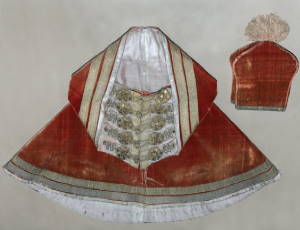 'Exhibit of the month' is a series initiated by the Jagiellonian University Museum with the beginning of the new academic year. Each month we will explain the Museum collection to you, choosing a single exhibit or a group of exhibits which usually are not shown to the open public. The item can be seen in the Collegium Maius Libraria after purchasing a ticket for the standing exhibition.

On 1 October, the new academic year was inaugurated at the Jagiellonian University. Following a long tradition, University professors went with a procession from Collegium Maius to Collegium Novum. This year, only few denizens of Cracow, students and tourists had the unique chance to see the ceremonial academic attire consisting of a gown, a mozzetta (short cape covering the shoulders), and a biretta.

The custom of wearing academic attire distinguishing the scholars stretches back to the Middle Ages. Birettas and gowns were worn at Cracow University already in the 15th century. Mozzettas appeared in the 17th as a result of adopting Italian trends. In the early 19th century, traditional university vestments were abandoned and replaced by citizen clothing (tailcoats) or public servant uniforms required by the Austrian authorities. The resistance against the former directly led to the restoration of the historical academic attire in the second half of the 20th century. The forms designed in that period are still in use despite being based on incomplete historical research and not being an accurate reconstruction of old academic garments. Not a single gown used in Cracow before the decline of the Polish-Lithuanian Commonwealth has been preserved.

In order to help visitors imagine the way the professors dressed in the past, a mozzetta and a biretta from the Vilnius University will be displayed in the Collegium Maius Aula. Although they date to the turn of the 18th and 19th centuries, their design is still rooted in the tradition of representative academic attire. Both parts of Vilnius profesor garment were donated to the JU Archaeological Cabinet by Karol Witte in 1875. According to the tradition, they had been a gift from Hugo Kołłątaj to Professor Jan Śniadecki, a mathematician and astronomer, one of the most outstanding Polish scholars during the late 18th and early 19th century period, who did meritorious service both for Cracow and Vilnius universities. 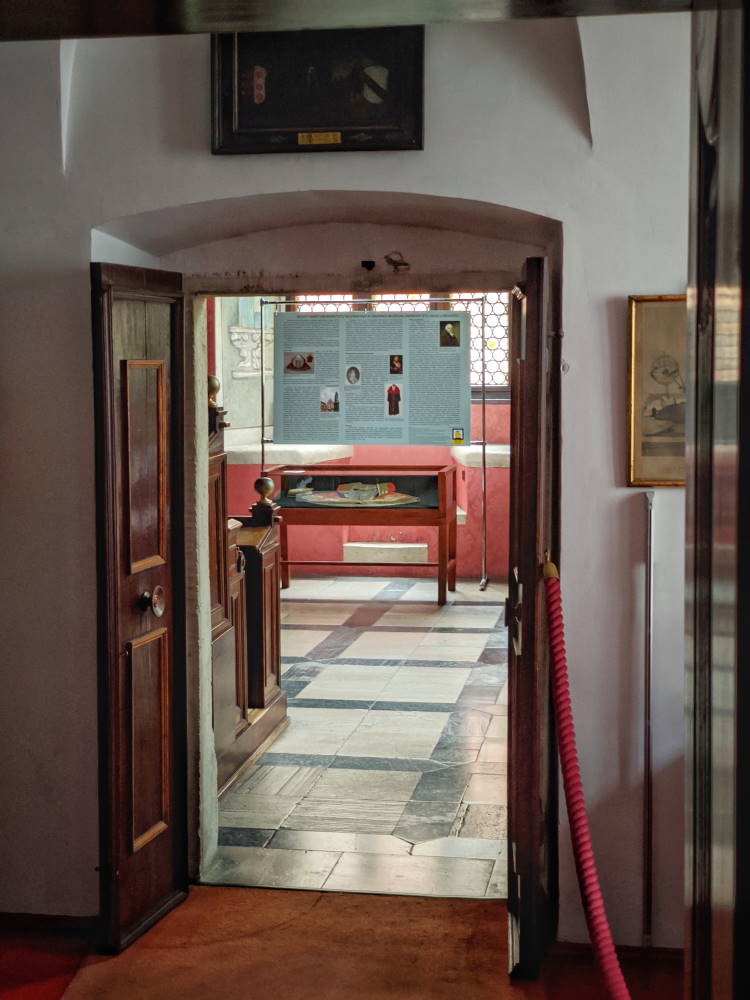