Exhibit of the month: January 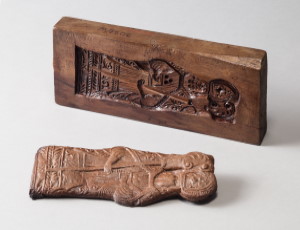 'Exhibit of the month' is a series initiated by the Jagiellonian University Museum with the beginning of the new academic year. Each month we will explain the Museum collection to you, choosing a single exhibit or a group of exhibits which usually are not shown to the open public.

'An object in a museum case (...) must suffer the de-natured existence of an animal in the zoo. In any museum the object dies — of suffocation and the public gaze - whereas private ownership confers on the owner the right and the need to touch. (...) The collector's enemy is the museum curator. Ideally, museums should be looted every fifty years, and their collections returned to circulation . . .'i.

This provocative opinion was voiced by Kasper Utz, a collector of Meissen porcelain figurines, in a novel authored by Bruce Chatwin, the legendary associate of Sotheby’s auction house, an expert on antiquities and Impressionist art. This pessimistic take on the fate of museum objects removed from natural societal context applies to material culture in the first place. Both historical and contemporary material culture quickly vanishes from our memory. Commodities, even if they have a considerable artistic value, were not put away and treated as monetary investment by their owners. They were merely tools to be worn out. When they stopped being used, they got lost. This category of objects includes the gingerbread moulds in possession of the JU Museum.

When a conservator discovers microparticles of gingerbread dough hidden in carved lines, we will not perceive the smell of baking, we will not hear the crowds coming on indulgence feasts to visit baker stalls and buy expensive figurines made of gingerbread.

This article presents four selected gingerbread moulds used to press gingerbread baked for Christmas: a fish mould, an infant in swaddling clothes, and two St. Nicholas figurine moulds. They were used to press and bake gingerbread (by the Supervisor of the JUM Conservation Office, Jollanta Pollesch).

Gingerbread is a confection. The oldest source confirming purchase of sugar in Poland dates to the end of the 14th century, and medicine sweets made by court and municipal apothecaries were mentioned in royal accounts left by the court of Władysław Jagiełło and Queen Jadwiga. Gilded gingerbread was prepared for King Władysław Jagiełło. ii. The introduction of sugar was followed by the appearance of sweet pastries made for feasts. It should be remembered that sugar was a luxury, as one kilogram was more expensive than two oxen in the 15th century.iii.

Before sugar became known in Poland at the end of the 14th century, honey cakes were already known in the country. They were sweetened with honey and seasoned with spices. However, the first Polish cookbook released in 1682 in Kraków lacks any recipes for honey cakes or gingerbread, merely giving a recipe for an eel with honey cake (fried eel was covered with honey-cake crumbs, mixed with vinegar, wine, pepper, cinnamon, saffron, cooked and instantly served)iv.

As early as in the 15th century, the word piernik (also Old Polish pierznik) referred to ‘a cake seasoned with honey and spices,’ in Old Polish: ‘cake with honey and pepper.’vi. The words pierny, pierzny eventually developed into pieprzny. All expressions were derived from the German Pfeffer — pepper. However, it should be noted that it formerly meant not just pepper per se, but also other spices and imported goodsvii. Hence the German Pfefferkuchen, gingerbread, cake with pepper, more generally with spices.

In the 16th century, Nuremberg gingerbread was the most famous in Poland. It was imported to Kraków by spice merchants and occasionally served as a gift to the royal family. In 1592, the town sent Anna Jagiellon, ‘Her Majesty Queen Senior (Anna of Bathory) and Her Majesty Princess of Sweden: (...) 18 Nuremberg gingerbread cakes, 30 groschen (...). The municipal account recorded ‘80 Nuremberg gingerbread cakes, each for 4 florins, offered on 12 June 1595 to Queen Anna Jagiellon by Kraków councillors’ wives, purchased from spice merchant Lorenz Sax. viii. In the 17th century, four florins were worth two ducats or 120 groschen. Near 1600, the tower trumpeter employed at the Church of Our Lady earned a weekly wage of 60 groschen while the scrivener at a salt warehouse would earn 90 groschen.ix. Toruń gingerbread was already known at the court of Zygmunt III Vasa. The city council of Toruń would regularly offer them to the monarchs visiting the cityx.

The first mention of the Kraków gingerbread baker guild dates to 1517. The bakers, also called kichlarze, initially belonged to the same guild as other bakers. Nevertheless, both parties strived for independence. The other bakes claimed that the city would be fine without gingerbread bakers, and that the latter ‘waste flour to make sweet treats, lure children to eat them and parents to make luxurious expenses.’ In 1609, Craców gingerbread bakers, now independent, gained the first guild statute, as well as the monopoly to sell gingerbread in Kraków and all places within a radius of ca. 85 km. Nobody beside them had the right to ‘bring cakes made of flour, honey, spices, and herbs to the market and city houses.’ Gingerbread cakes were mainly sold during indulgence feasts. Every baker had the designated weeks and Sundays to sell gingerbread at stalls located in front of churches. Only during the Feast of the Visitation, when the Piasek Carmelitan church had its indulgence day, all Kraków gingerbread bakers were entitled to sell their wares.xi.

Gingerbread was very expensive. Therefore, it was a luxury reserved for the wealthiest, the upper social strata. Some towns upheld the ban of selling gingerbread to commoners until the late 18th century. The laws of Kraków gingerbread guild of 1630 stated that each guild brother could own only four blocks with concave gingerbread moulds, presenting figures unique to that particular baker and no other in the city. Since the blocks were two-sided, the baker had no more than eight moulds at his disposal. xii.

The training time for a gingerbread at the gingerbread guild took a year longer than at the bakers guild.

Gingerbread was most often used as a festive gift. During Christmas people would visit each other to offer best wishes and gingerbread was treated as a form of gratitude for the wishes, but also as a gift. ‘Kolęda sometimes had a large magnitude. A magnate would offer an entire village, a horse with a rich saddle, a silver cup, or a purse filled with gold. Others would make gifts of Gdańsk vodka, Toruń gingerbread, or prepared those things to receive their own guests. In 1732, Kasper Janicki from Piwna Street [Warsaw] imported from Gdańsk 200 bottles of goldflake vodka and Toruń gingerbread worth 300 timpf, then sold it all during Christmas.’xiii. Kurier Warszawszki reported on Christmas Eve in 1832: ‘Christmas. During these days everyone is busy thinking how and whom to bestow or who will visit them with gifts. Many people count the hours before Christmas, so impatient they are to see guests coming with gifts, just like the lottery. Confectioneries and stalls are filled with gifts (...).xiv.

Gingerbread depicting newborn children expressed the wish of childbirth, the imagery was related to Infant Jesus, the fish was a Christian symbol (referring to Christ), but also symbolised fertility similarly to the horse. St. Nicholas wearing the bishop's attire was the most popular image in the entire Poland.xv.

The earliest gingerbread moulds were made by woodcarvers, usually using pear or linden wood. Later moulds, often depicting simplified images copied from older moulds (Photo 4), could be made in gingerbread bakeries by talented, highly paid apprentices.

‘Take fresh mead as much as you want, put it into a pot, pour a lot of strong liquor and water, slowly boil it until it becomes dense, pour it into a bowl, add white ginger, carnation cloves, cinnamon, nutmeg, bay leaves, cardamon, anise seeds, thinly cut lemon zest, as much sugar as you think it’s necessary, stamp it for a while, put it all into hot honey without too much spices, stir, and when the honey becomes lukewarm, add some flour, after stirring let it wait until it’s cold enough, then place it on the table, knead it as hard as you can adding some flour.’xvi.

For all types of gingerbread, bakers would make spice syrup which was simmered until it became dense and stringy, then froth was removed and the rest was pressed through a colander. The syrup was mixed with boiled honey. The cool mixture of honey and syrup was added to rye flour until the dough became dense enough. The proportions between syrup, honey, and spice were important for the taste of gingerbread. The dough was left in the kneading trough for a day or even a few months, staying in a cool room. After more kneading, the dough was shaped into rolls, then the baker cut out the amount of dough necessary to fill up a mould, pressed it into the mould and removed the rest with a knife. On a single day, the baker would use only one mould to make gingerbread. Before baking, it was covered with honey. Bakers would rarely betray their recipes and relied on skilled hands, precise eyes and excellent experience in measuring the proportions of single ingredients. xvii.

In 1801, beet sugar was produced for the first time in history in Konary, Silesia. After that, gingerbread would eventually become a treat affordable for all social groupsxviii. 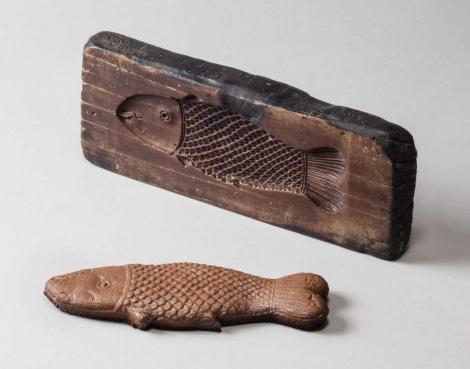 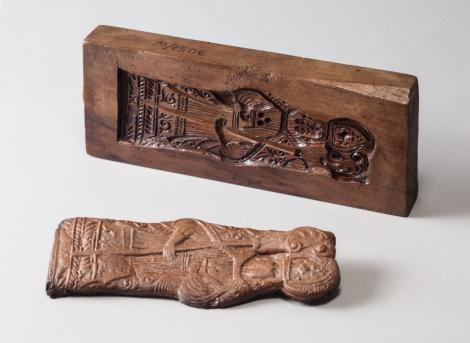 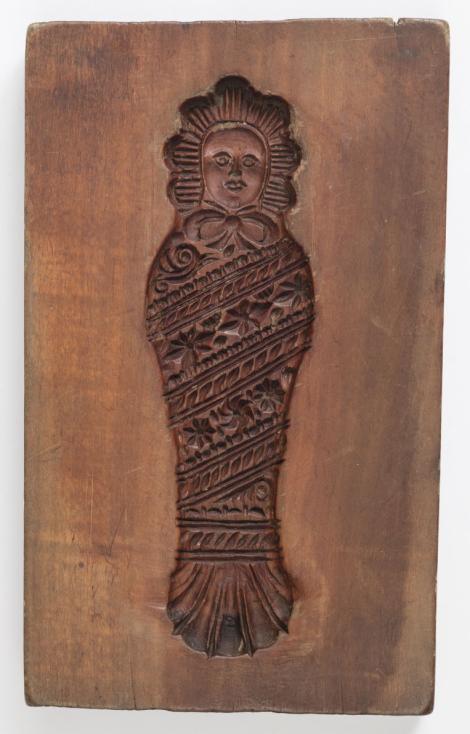 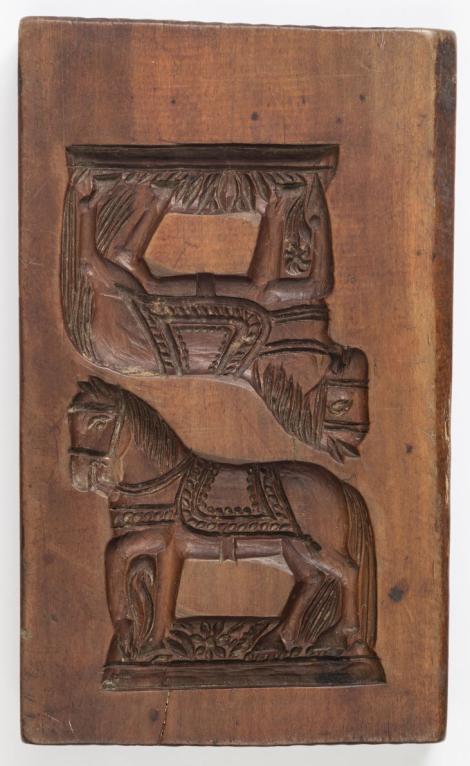 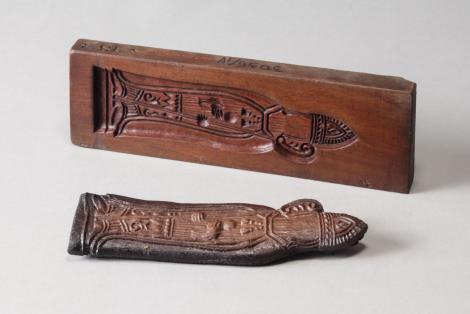 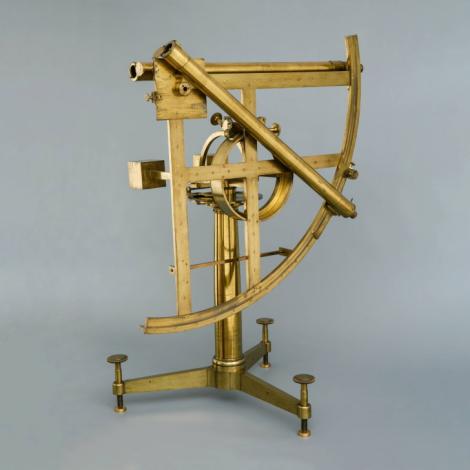 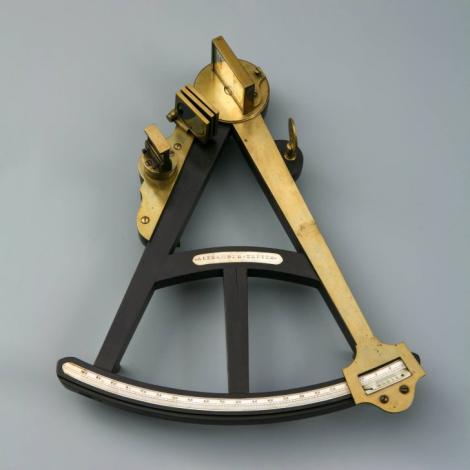 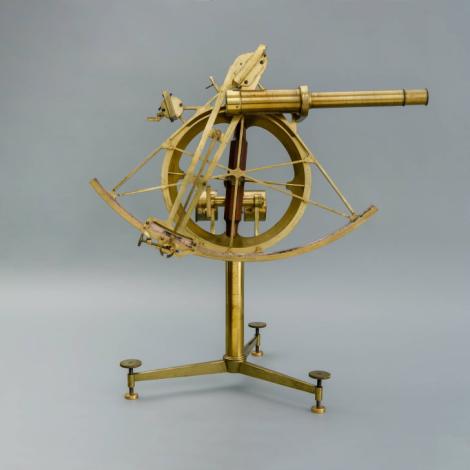 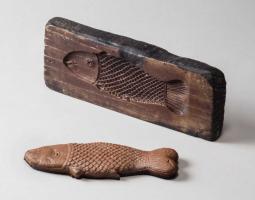 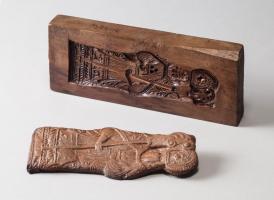 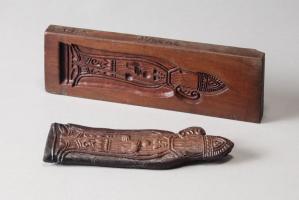 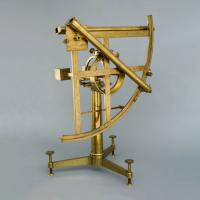 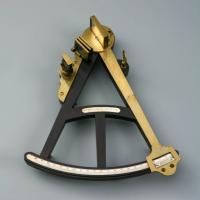 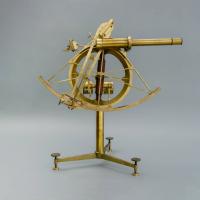