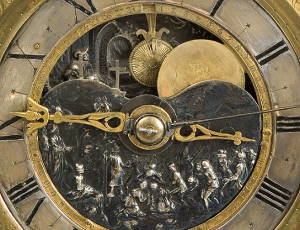 'Exhibit of the month' is a series initiated by the Jagiellonian University Museum with the beginning of the new academic year. Each month we will explain the Museum collection to you, choosing a single exhibit or a group of exhibits which usually are not shown to the open public.

The November edition of the Exhibit of the Month series features a Baroque altar-shaped table clock made in 1650 in Gdańsk.

The clock was made by Wolfgang Günther (born ca. 1610 in Saxony). He moved to Gdańsk when he was almost 30 years old. He was active as a clockmaker, making not only table clocks (mainly tile clocks), but even tower clocks (including one for the St. Catherine’s Church in Gdańsk, made after 1649). He was also a prominent manufacturer of automatic devices and precision scientific instruments. Among other works, he made a large brass rotating sextant and large rotating octant for Johannes Hevelius’ new observatory (after the old observatory was destroyed by a fire). A few years later, Hevelius received from Günther a prototype pendulum clock made by the latter.

The Vanitas motifs, typical for Baroque art, referred to a sentence written in the Book of Ecclesiastes: Vanitas vanitatum et omnia vanitas [Vanity of vanities, all is futile].

The clock casing represents that trend, shaped as an altar retable (retabulum) extended by two mounds on both sides and topped with a gilt urn. Typical for that age is the skeleton imagery and putti angels displaying the attributes of death and the motif of fleeting human life. The popular motto Memento mori [Remember that you have to die], used as a greeting by some medieval monastic orders (Trappists, Carthusians, and Camaldolese) was derived from the Book of Ecclesiastes: Memor esto quoniam mors non tardat [Remember that death is not slow].

Under a cresting decorated with an urn stands a reflective putto leaning on a skull (a symbol of death).

Three-dimensional clock face: the frontal silver plaque depicts the Way of the Cross leading to Golgotha. The second plate, set in the background, represents the resurrection and the open tomb.

Four Cherub heads look with bemusement at the clock face and scenes depicted on its surface. Cherubs were overseers of the material world and also barred the path to the Tree of Life in the Garden of Eden.

The depiction of putti angels holding attributes was a means to symbolise certain ideas. A putto blowing soap bubbles was an Homo bulla, a concept derived from the work of Erasmus of Rotterdam. Human beings are like bubbles in water. This implies that human life is ephemeral and may end abruptly at any given moment.

Other objects placed next to it are symbolic representations of worldly wealth and ambitions: on the table covered by cloth lie a papal tiara, an imperial crown with a royal apple, a chain with the Order of the Golden Fleece, on the floor a bishop’s mitre, a sceptre, and a papal cross.

Table clocks were an early form of the household clock. The most popular types included the tile clocks and turret clocks, although more elaborate forms were also known, presenting a multitude of astronomical information.

The clockwork mechanism is spring-driven with a fusee and a spindle escapement. The regulator function was originally fulfilled by a balance wheel. In the 18th century it was converted by master clockmaker Johann Albrecht of Frombork into a pendulum. The short pendulum had a counterbalance—the so-called false pendulum.

Visitors can see the clock in the Museum library before the end of November. You can also watch a short presentation video below.
Video gallery
Photogallery 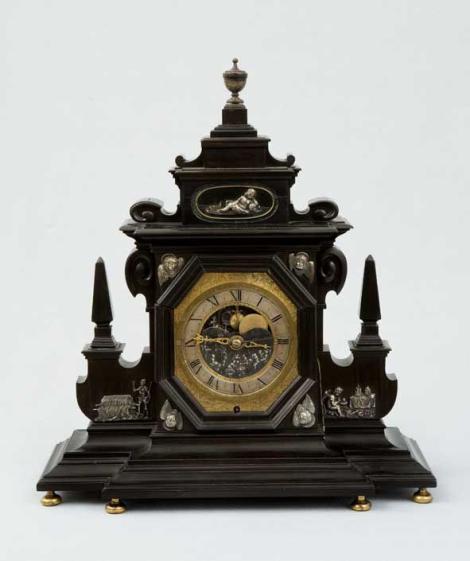 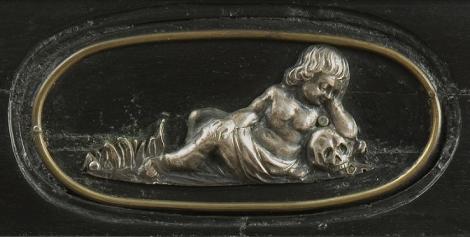 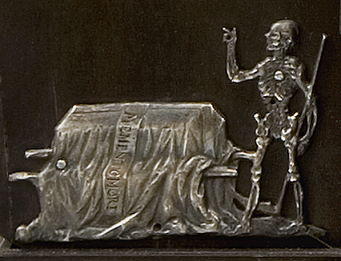 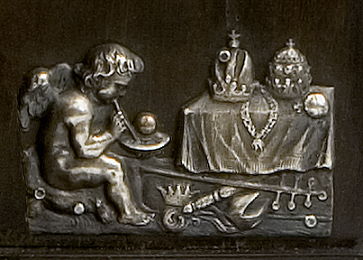 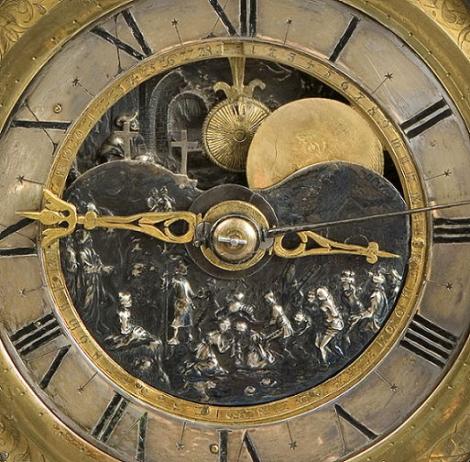 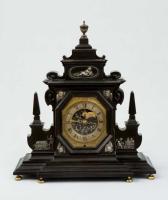 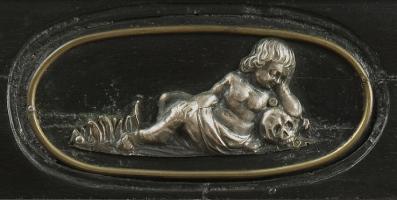 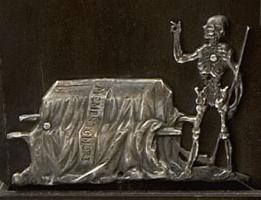 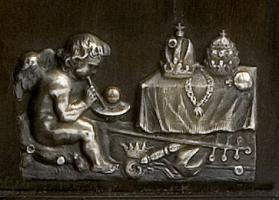 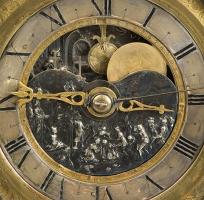